An Atmosphere between a Spaghetti Western, an American Detective Film, and a Drawing from The New Yorker

For his first exhibition at a museum, Pierre Seinturier presents a mysterious visit with filmic allure. Each painting is a fiction in which an upheaval is plotted. Immerse yourself in his world, between the detective story, a pastoral scene, and the uncanny of a David Lynch film.

At first glance, Pierre Seinturier’s decors appear charming and peaceful. But if we pay attention, we realise that something’s awry. Are we witnessing a scene that we shouldn’t be seeing? Have we shown up too late? The artist’s drawings and paintings are the result of encounters between his aesthetic tastes. It is a savant combination of American cinema, the detective novel, illustrations from The New Yorker, and the image of a cowboy.

His artworks are little scenes that oscillate between drama and humour. The titles of his charcoal, pastel, and ink drawings are full of derision. They function as teasers but also provide a second layer of interpretation, like captions or song titles.

For this exhibition, Pierre Seinturier sets the scene. While each drawing is autonomous, an overall narrative is created. He constructs a scenography similar to that of a theatre or film set. A black room conceals a diorama, an immersive artwork combining drawing, sculpture, and painting.

Pierre Seinturier is invited within the framework of the sixth edition of the Prix des Partenaires [Partners’ Prize]. The Museum awards this Prize annually to an emerging artist, thanks to the support of their patrons.

‘What we do not know, we imagine.’ 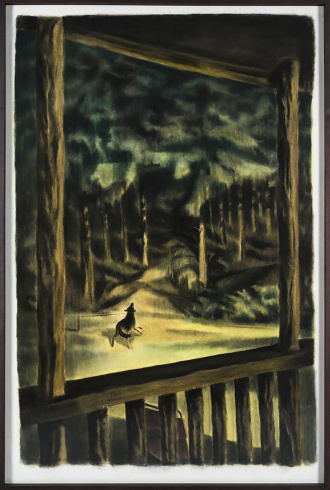 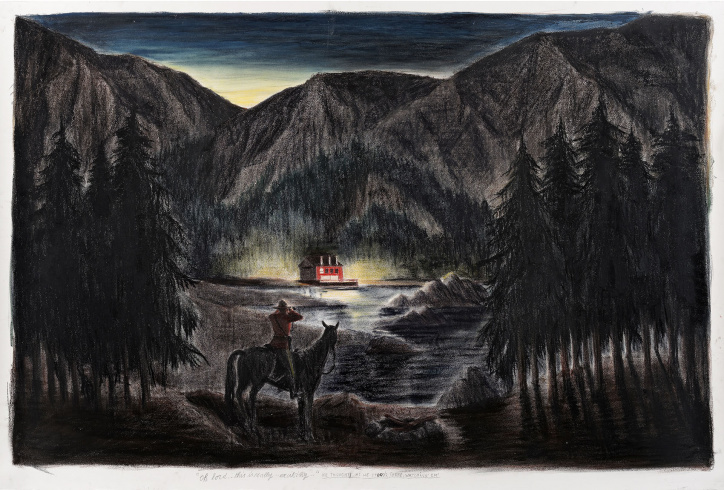 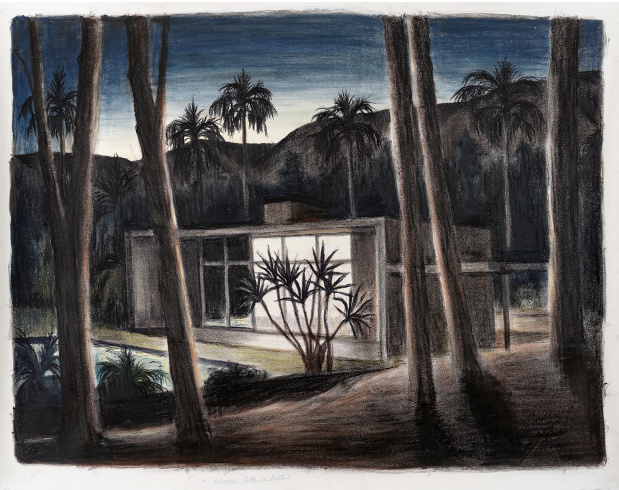 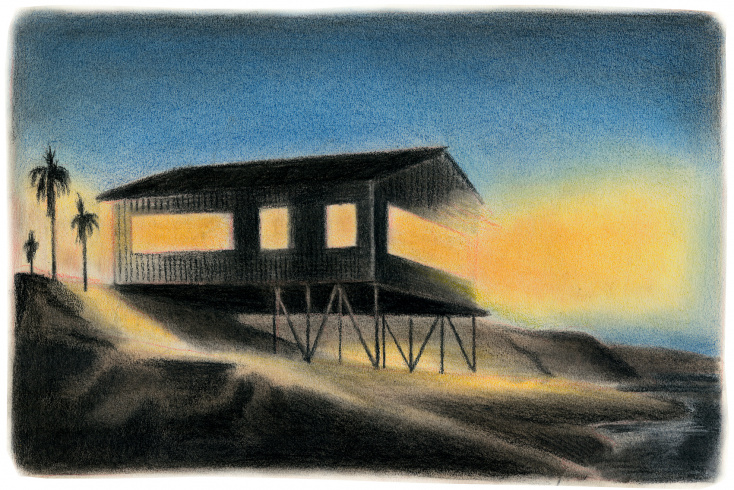 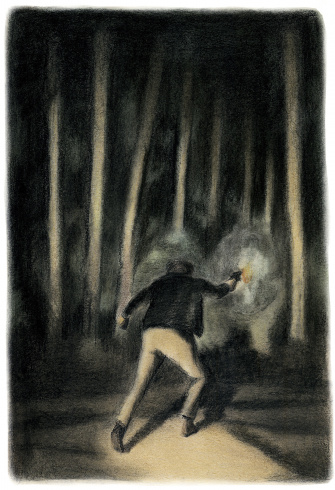 Pierre Seinturier, "In the twilight zone of his own secret thoughts", 2015 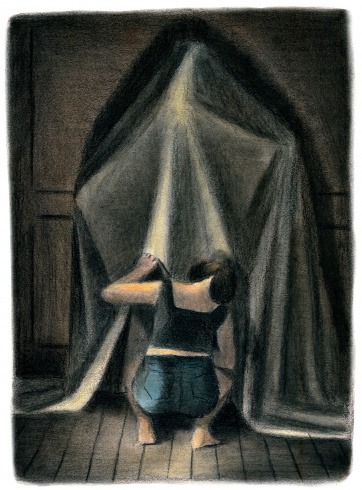 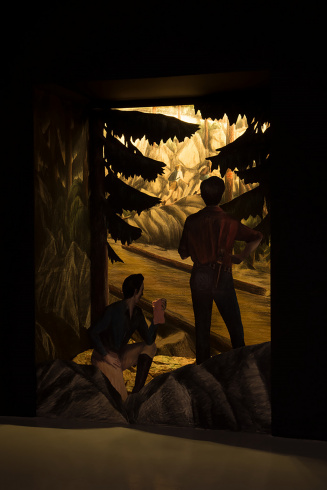 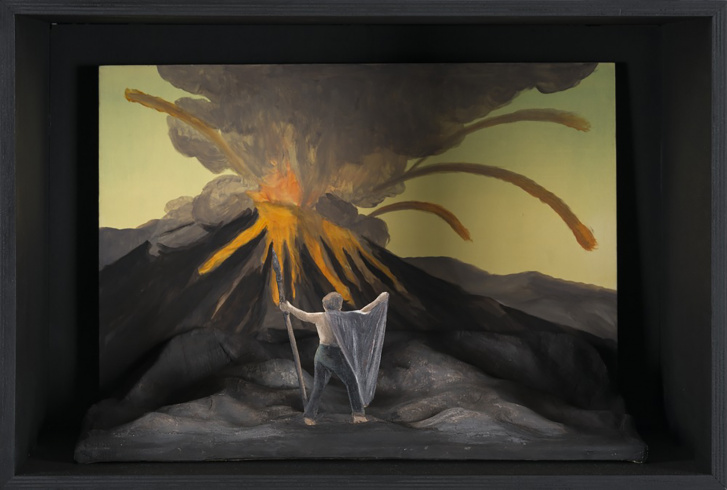 Pierre Seinturier, "He Stood There Laughing", 2016

Journal of the exhibition (in French)

Self-service at the reception desk