The Encounter of Ancient and Contemporary Myths

Dive into the heart of ancient and contemporary myths. Agathe Pitié brings universal histories into the present through her savant temporal and cultural intertwining. She reminds us that at heart, mythologies have not disappeared from our era or from our society, it is just that, for the most part, we have forgotten them. Some have taken another form, such as the Origin of the World, the Last Judgment, or the Conspiracy Theory.

Agathe Pitié’s drawings are narrative artworks inspired by medieval art and illumination. Her approach to her subject matter as well as her compositions are marked by the influence of Flemish painters such as Hieronymus Bosch (1450–1516) or Pieter Bruegel (1525–1569). We find a similar intent to translate an entire scene with a multitude of actions that are at once comic, dramatic, or grotesque.

Agathe Pitié combines all periods and cultures, and also the nature of some of the characters, which are fictive, real, historical, or stem from cartoons. There is no doubt about the fact that nothing is gratuitous. All of the protagonists serve the story. They have a defined role from the outset, to the extent that the artist, before working on a scene, establishes a scenario as well as a cast. This is why in the Last Judgement, Anubis is placed next to Michael Jackson.

The drawings are made using a plume, painted in watercolours and enhanced with gold leaf. This technique evokes graphic arts like etching or illumination. The use of gilding is also found in ancient painting, specifically in religious artworks. Agathe Pitié uses old, thick, rough parchment paper. According to her, this specific medium helps the myths told to travel.

At heart, Agathe Pitié is like a storyteller. She conveys the mythologies that our everyday lives cause us to forget, not with words, but with representations. She has the intelligence to render them accessible and understandable, by bringing them to life through drawing, contemporary figures, and a humorous approach.

Agathe Pitié is invited within the framework of the third edition of the Prix des Partenaires [Partners’ Prize]. The Museum awards this Prize annually to an emerging artist, thanks to the support of their patrons.

‘There is a problem of spiritual disconnection in our Western society in which we disavow our myths. By restoring new references for these symbols, let’s try to reappropriate them today. By sweeping out the cobwebs from these myths, maybe we can get back inside them.’ 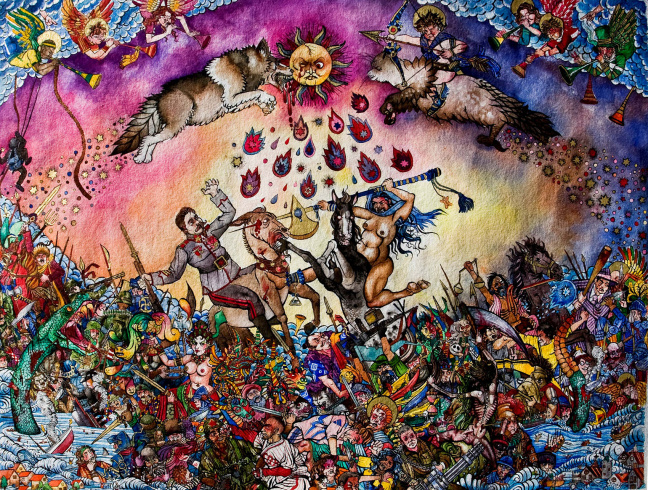 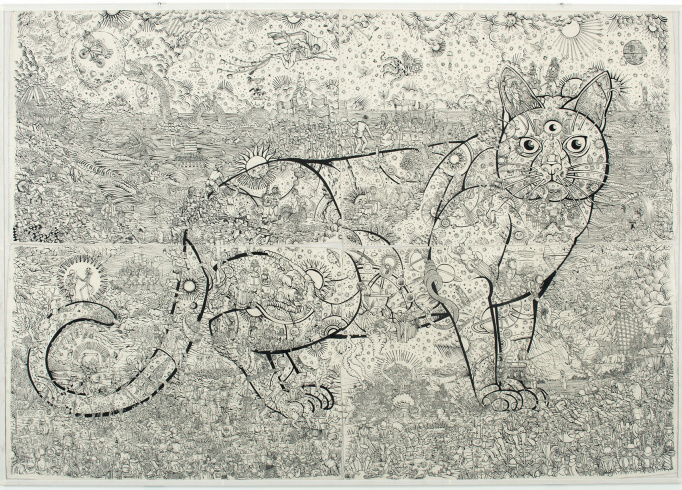 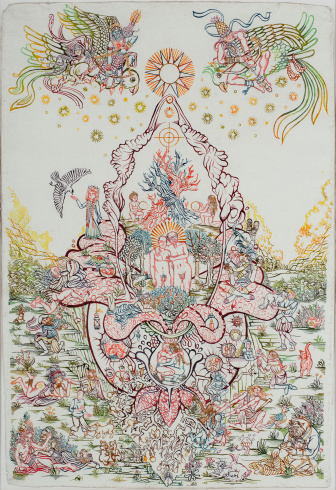 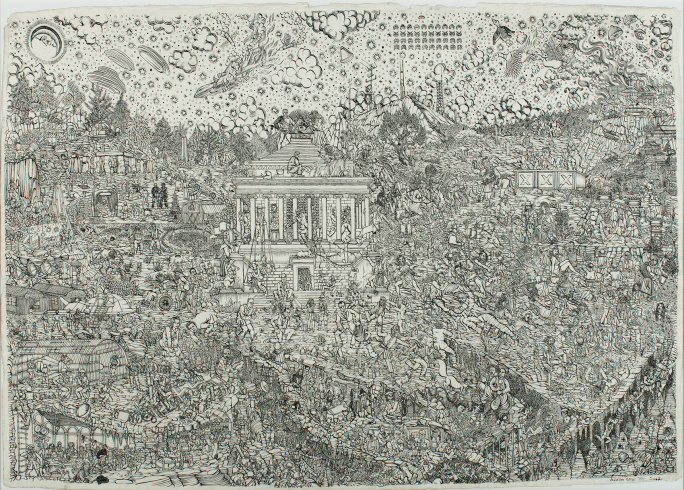 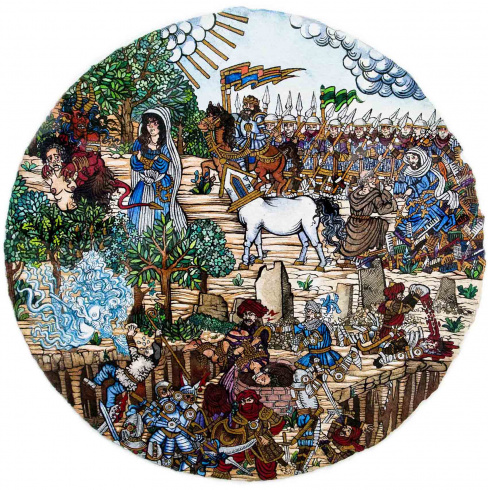 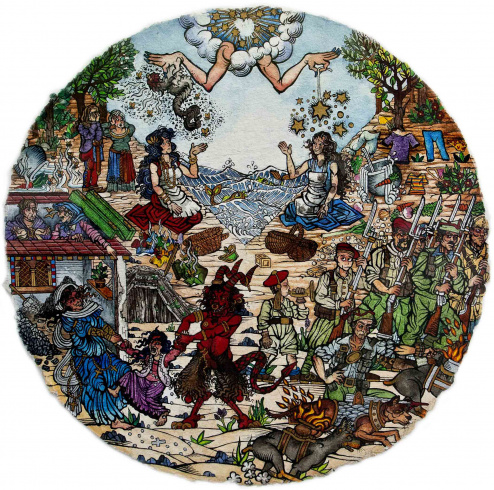 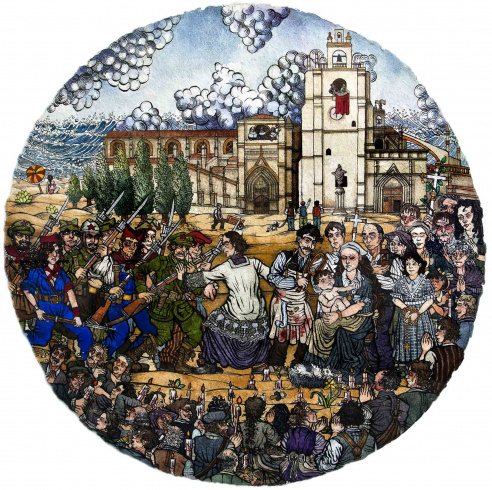 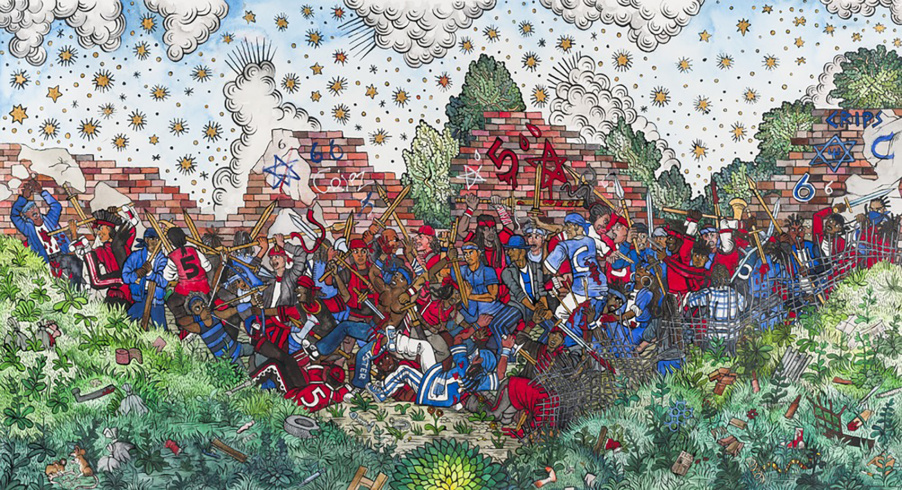 Journal of the exhibition (in French) 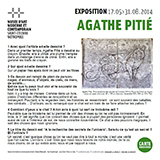