First museum exhibition of an emerging artist, winner of the 9th edition of the partners’ prize.

CHRONICLE OF AN INEXORABLE DECLINE

What is this strange world in which a volcano’s ire blackens the sky and a hundred-year-old tidal wave produces a demonic foam, sawing the coast in two? Back on land, the wind brings only bones, silence reigns and dark craters wait to swallow the first passer-by. The danger of the coming eclipse draws out winged figures, angels or bats. Bright eyes pierce the air like flaming meteorites. Only the cosmos remains a haven, with its stars and lunar light.

In this cataclysmic environment, Alexandre Leger sketches the chronicle of an inexorable fall, of a world headed for ruin, of a human race in the throes of mutation. While the elements of nature are unleashed in drawing after drawing, the author manages to contain his fantastic narrative within modest formats, their edges outlined by an ornamental frieze. The texts — consisting of poetic fragments, declarations or diverted expressions — either illuminate the drawings’ scenes or come to contradict them, elevating in this way the role of word play. Appropriating crossword solutions, lines of text written in fountain pen, correspondence or old school exercise books, Alexandre Leger willingly associates personal stories with randomly collected texts.

With a kind of ritual adhered to in the choice of paper (old or used, marked with small or large squares), Alexandre Leger exposes us in this way to both natural phenomena and the most tormented variety of human emotions, coldly observing their dysfunctions, their "sicknesses". By pushing the notion further he produces a vast series of drawings, elaborated from the artist’s own medical school anatomical charts dating from the time the young Leger felt himself destined for a career in medicine. Leger’s work is teeming with skinned cadavers, dental charts, sliced up bodies, boiling skulls and hybrid skeletons, often tinted with unexpected hues.

For this 9th edition of the partners’ prize, the exhibition at the Musée d’art moderne et contemporain of Saint-Étienne Métropole features the universe of Alexandre Leger through a hundred or so drawings, in the form of large groups, series and unique works. The display cases, designed by Aurélien Imbert in the spirit of those one finds in natural history museums, lure the visitor into a horizontal examination of the work, in which he or she vacillates between two gazes: the incisive perspective of the medical profession and the interrogatory approach of the documentarian. Alongside sculptures made from eroded rubbers and ends of pencils with timeless messages the collected works display something of a rescue attempt: The remains must be saved by preventive archaeology. Gleaning words, images and objects brings a Lavoisian tint to the visionary poetry of Alexandre Leger’s work: "Nothing is lost, nothing is created, everything is transformed."

"Nothing is lost, nothing is created, everything is transformed" 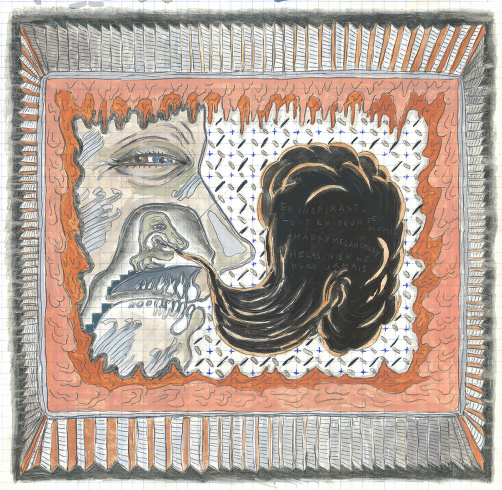 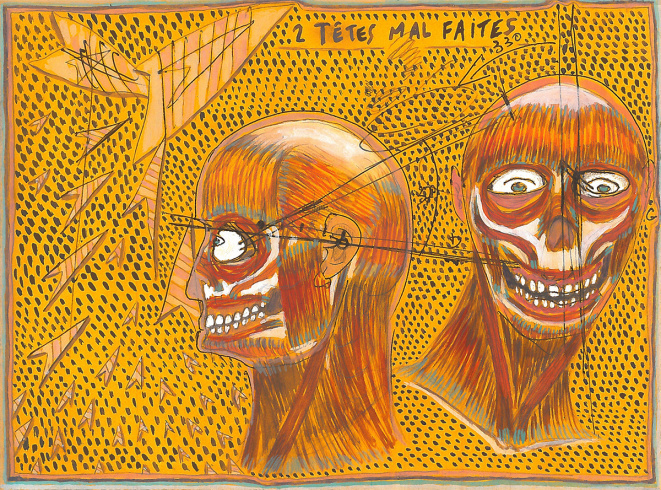 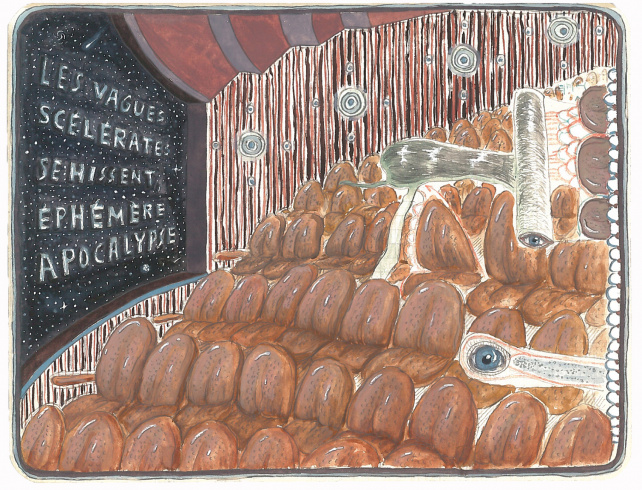 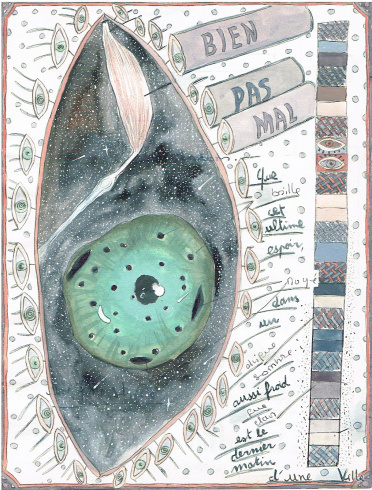 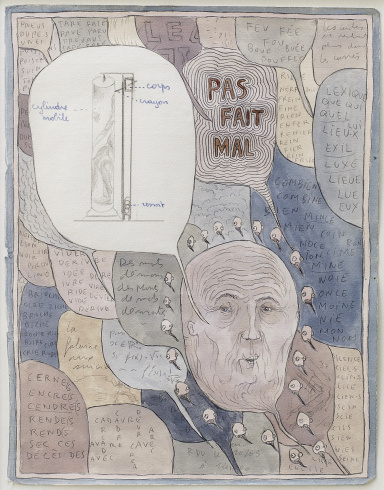 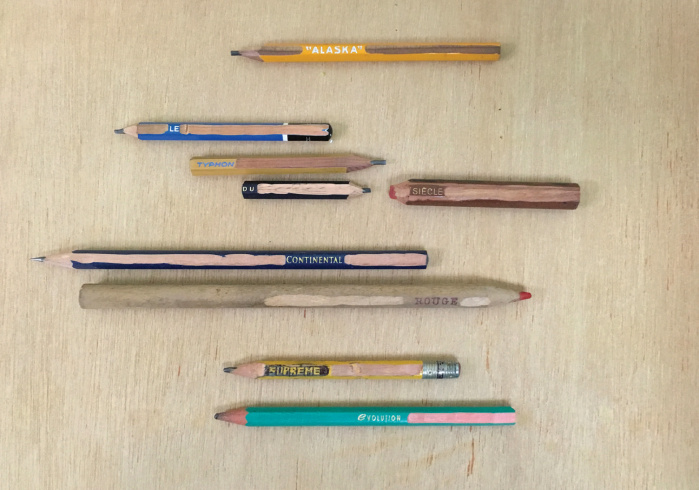 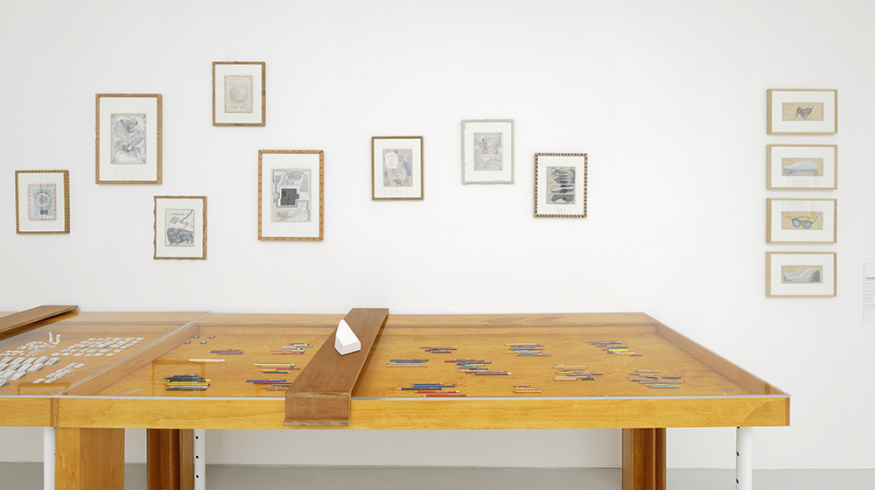 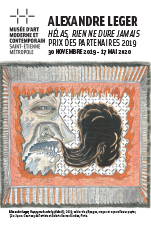 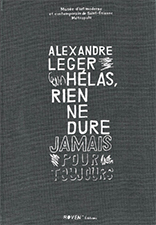