Alchemy and the transformation of matter

For this solo exhibition, the MAMC+ is offering Lionel Sabatté a carte blanche on more than 600 m². The work of this French artist, who lives between Paris and Los Angeles, explores the transformation of matter and its incarnation in a strange bestiary ranging from packs of wolves born of dust, crocodiles covered with innumerable scales of coins and tiny owls built from nail clippings. In Saint-Étienne, some fifty works have been created specifically for the exhibition, including sculptures, paintings, rust paintings on metal sheets, installations and drawings, alternating between bronze, concrete and skin.

In its journey, the exhibition is shaped by a cosmogony unfolds that is specific to the artist’s visual universe, at once organic, vegetable and animal. The cycles of life exist side by side, bearing a perpetual resurrection of all matter. Thus, in the entrance hall, an ancient chestnut tree from Saint-Étienne, defeated by drought, observes a new bloom; while further on fields of fertile birds, like stalagmites, cohabit with the carcasses of their own kind. Between the two, the “oxidation cave” withits gilded, rusty and greenish telluric surfaces, inviting the visitor into an initiatory immersion in the subterranean depths. The journey proposed by Lionel Sabatté begins in a primeval magma and moves through several blossomings, surveying the phenomenon organic lives.

The human figure, emerging in a second chapter, struggles to impose itself in this itinerary that could be likened to the earth formation cycles. Fragmentary, dismembered, formed of assembled rubble, it seeks both to construct itself and to limit its ruin. The off-centre,precariously balanced figures form a dialogue with the immense Wall of openings. An assemblage of cement and concrete iron, the wall forms a body-like membrane that divides the space as much as it associates its various sides. In this site-specific installation, the proposed breaches give different points of view on a tangle of structures, the remnants of a stranded construction, awaiting a new destination.

At the very end of the exhibition, a large square of translucent fabric, formed of thousands of skins, resonates with the multiple faces, barely sketched on paper, made of assembled hair and dust. Suspended and left exposed to the light passing through the room, this receptacle of energy concludes an itinerary that the artist intends to be alchemical and ascending. According to Lionel Sabatté, the works gathered here are like vehicles, small vessels that allow the visitor to move through time and space, from geological strata to the present moment, on a path from earth to the sky.

Lionel Sabatté is born in Toulouse in 1975. He is graduated from the École Nationale Supérieure des Beaux-Arts de Paris in 2003. His work has been part of numerous exhibitions in France and abroad. In 2011, he exhibited a wolfpack made of dust in the Grande Galerie de l’Évolution du Musée d’Histoire naturelle in Paris. His 2014 show at the Paris Aquarium drew attention to the overexploitation of maritime resources, while one year later, his exhibition in La Rochelle addressed the theme of water and natural resources. In 2017, a solo exhibition was dedicated to him at the Musée de la Chasse in Paris. In 2019, he held a multi-faceted exhibition in Lyon at the Nouvel Institut Franco-Chinois, the Fondation Bullukian and the Musée Gadagne. He is showing at gallery Ceysson & Bénétière, gallery 8+4 and gallery C.

Lionel Sabatté received several prices since 2011: Yishu Prize 8 in Pékin opened him the opportunity of a residency in China and the Drawing Now Prize in 2017 reveals the importance of his works on paper. In 2018, award winner of La maison rouge, he exhibited in the patio of the institution an in situ realization entitled Demeure. He is also the recent winner of the 2019 Del Duca Foundation Painting Prize and the Luxembourg Art Prize in 2020. His work can be found in several institutional collections: Centre National des Arts Plastiques, FRAC de la Réunion, Musée de l’Abbaye Sainte-Croix des Sables d’Olonne, Fondation Antoine de Galbert, Monastère Royal de Brou de Bourg-en-Bresse, CAFA Art Museum à Pékin… He is represented by Ceysson & Bénétière gallery, Galerie C and gallery 8 + 4.

50 works produced for the exhibition

An organic, mineral and animal universe 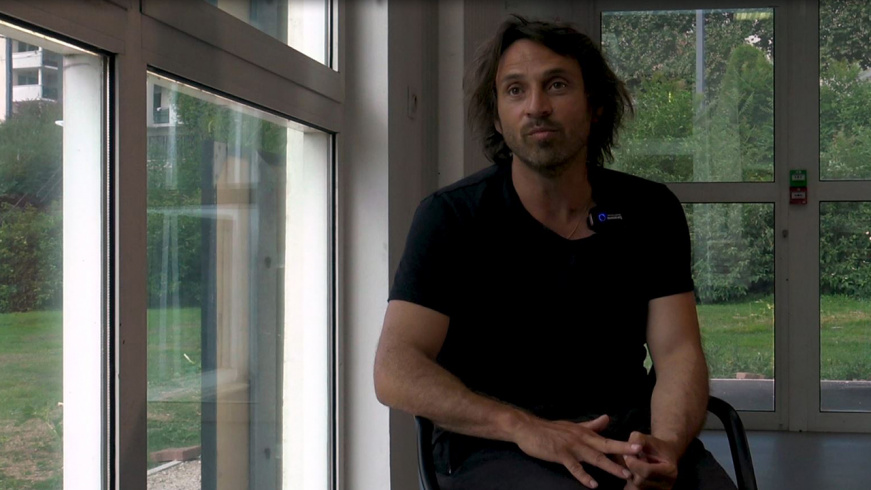 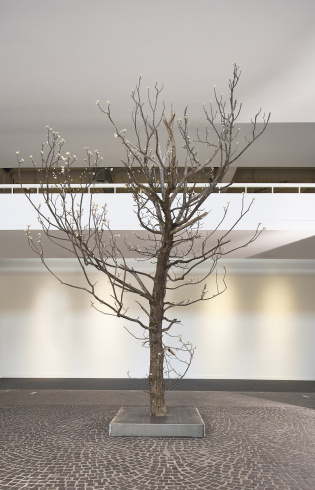 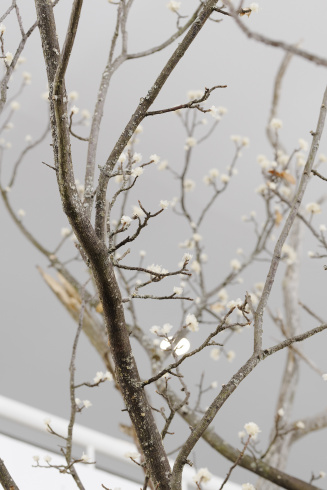 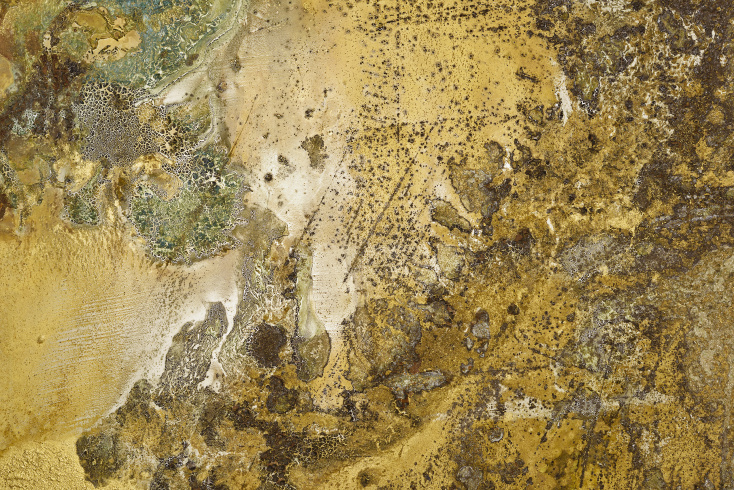 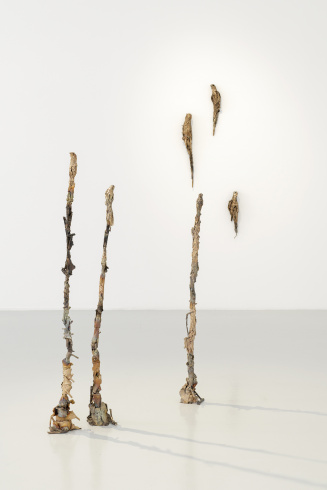 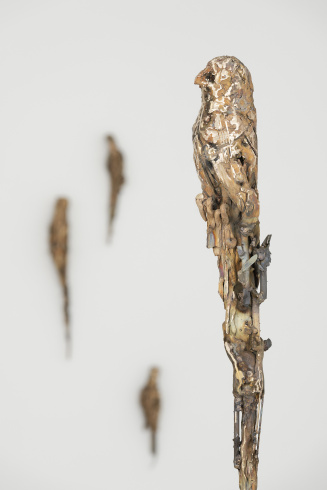 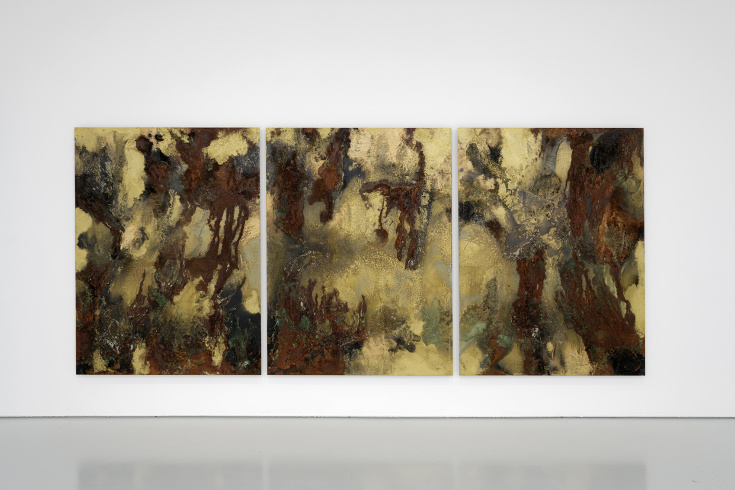 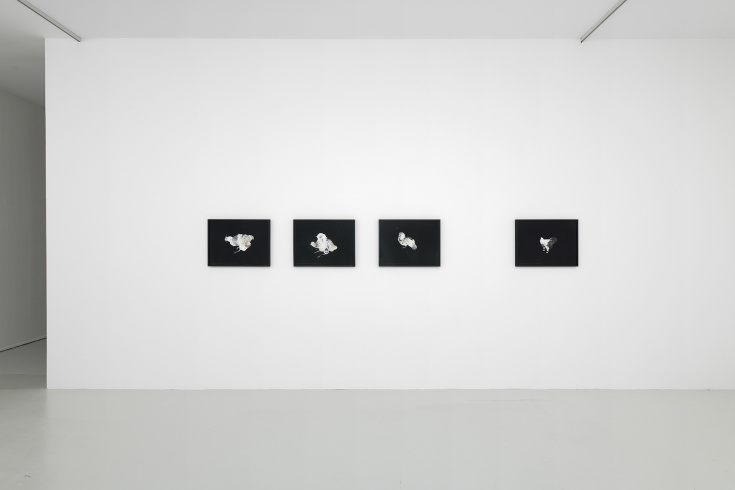 Acrylic, thinner and turmeric on a Pierrette Bloch paper from 1969, courtesy of the artist and galery Ceysson & Bénétière, photo: A. Mole/MAMC+, © Adagp, Paris 2021 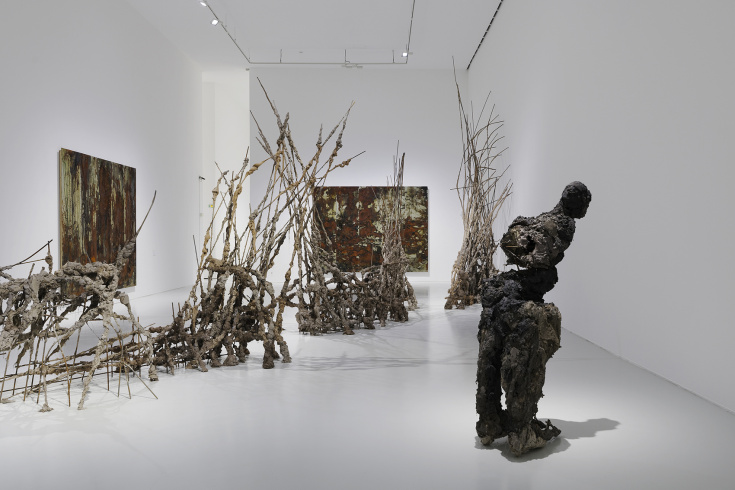 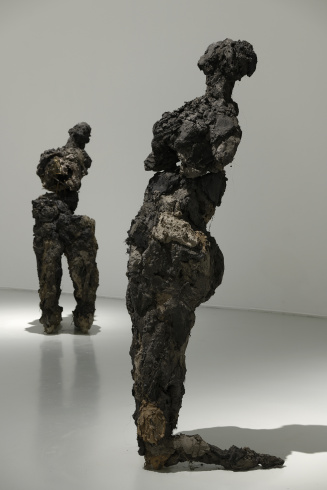 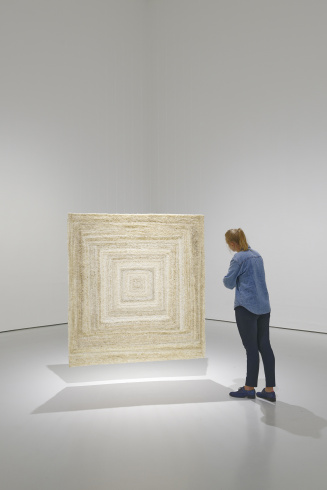 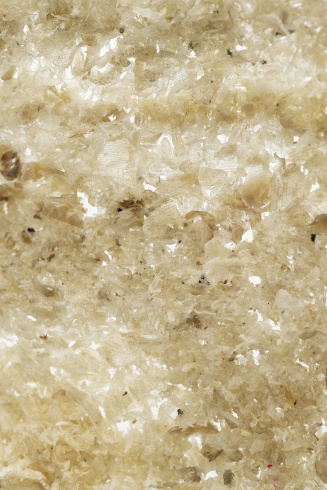