To record and testify

An exhibition entirely designed in situ

VOLUMES OF SPACE, LIGHTS, POINTS OF VIEW, STAGING... YOU ARE IN THE ARTWORK

For her first personal exhibition in France, Thea Djordjadze gathers more than sixty works created since 1993 with which she delivers an intuitive experience within the Museum building.

Artist Thea Djordjadze’s work has spanned for more than twenty years through sculptures and their installation, in a perceptible relationship to space and the architecture of the place hosting them. Made of plaster, foam, textile, wood, or glass, found, modified, augmented objects stand alongside pieces that resemble display systems and architectural elements — railings, vitrines, shelves — that lost their functionality. Other sculptures are made from steel or aluminum, hinting at a fragment of a modernist building or rendering shapes reminiscent of the Georgian alphabet into three-dimensional space. Harmoniously arranged here and there, the artworks constitute a long poem where materials communicate in layers, peer into a past and appear in a new light in this exhibition space.

To this Georgian artist working in Berlin since 2009, each exhibition stands as a reconfiguration, reinterpretation or rearrangement of new and older works in response to a given space. Her installations place within a new context objects, buildings, furniture, techniques and traditional crafts bearing with them the historical remnants of territories, languages and traditions of a broadened notion of Europe.

In the early 2000s, Thea Djordjadze decided that painting, directing the viewer’s eye toward a single spot, was not enough to embrace the world. Installation therefore allows her to offer a freer experience, based on the immediate perception of resonances between the staged objects, the volume of space, light, the views from a room to another, the dialogues between the materials and the architecture of the place. All in all, the viewer is in the artwork.

In Saint-Étienne, notwithstanding the supposedly neutral and affectless "white cube" aspect of the MAMC+ space given to her — with its five rooms, its 650 m², and its heights of more than 8 meters — a sense of fragility is conveyed. The sixty or so artworks, produced between 1993 and 2021, meet a form of "urgency" that guides her choice to display a rolled-up carpet, a large metal screen or polished aluminium mirrored walls. Conceiving the exhibition entirely on site,in a kind of bow to impermanence, to Thea Djordjadze the act of installation is about activating the physicality of materials, awakening a memory of the objects through subtle gestures, and generating an energy unique to the site in Saint-Etienne.

Thea Djordjadze was born in 1971 in Tbilisi. She completed an MFA at the Academy of Fine Arts in the Georgian capital in 1995, two years after the end of the civil war. Alongside her studies at the Amsterdam Gerrit Rietveld Akademie, in 1998 she joined Rosemarie Trockel’s class at the Düsseldorf Staatliche Kunstakademie where she graduated in 2001. Between 1999 and 2003, as a member of the collective hobbypopMUSEUM, Thea Djordjadze conceived and took part in performances. Dramaturgy and mise en scène remain central issues in her installations. Among the major international exhibitions, she participated in the Berlin Biennale in 2008, in the documenta 13 in Kassel in 2012 and in the Venice Biennales in 2013 and 2015. Her latest solo exhibitions took place at Martin Gropius Bau in Berlin in 2021, at the Kunst Museum Wintherthur in 2019 and at Portikus, Frankfurt in 2018. Her artworks are part of various international public and private collections (Berlinische Galerie and Boros Collection in Berlin, Migros Museum, Zurich…) as well as in France (FRAC Bourgogne and Pays de la Loire). She is represented by Sprüth Magers Gallery (Berlin, London, Los Angeles), Kaufmann Repetto (Milan, New York), Meyer Kainer (Vienna) and Take Ninagawa (Tokyo).

Thea Djordjadze, Se souvenir et témoigner [To record and testify]
The catalogue reveals in the first part, materials, archives and writings of the artist, while the second part combines exhibition views of the Gropius Bau in Berlin and the Musée d'art moderne et contemporain de Saint-Étienne to apprehend the meaning of the artist's installation and composition in two opposite spaces. An interview with Thea Djordjadze by MAMC+ director Aurélie Voltz and an essay by art historian Thomas Boutoux examine her practice, influences and works. Bilingual edition in French and English. Price: 28 euros. 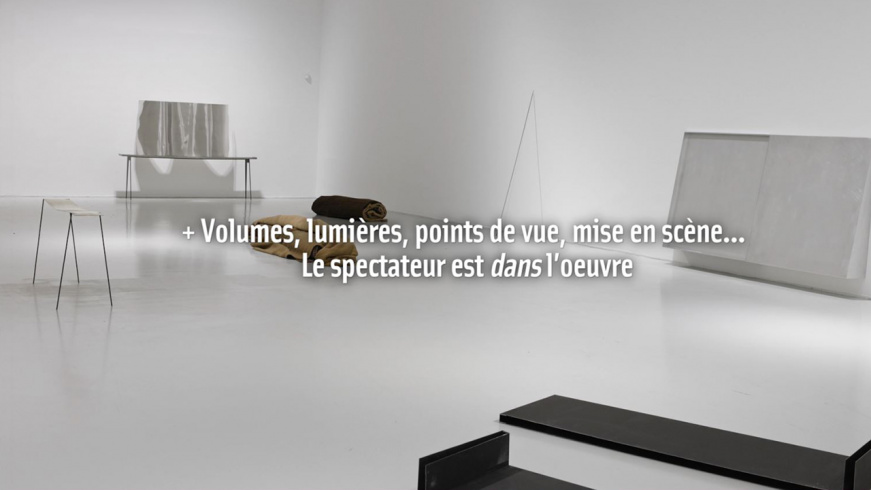 Thea Djordjadze's exhibition "To remember and testify" by Aurélie Voltz, General Director of the MAMC+ and curator 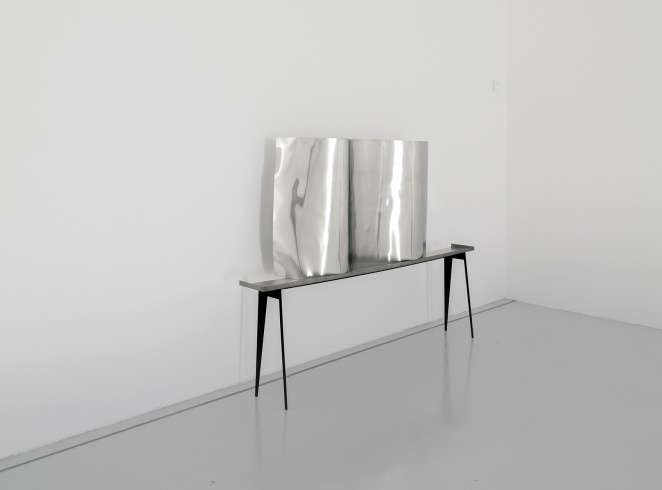 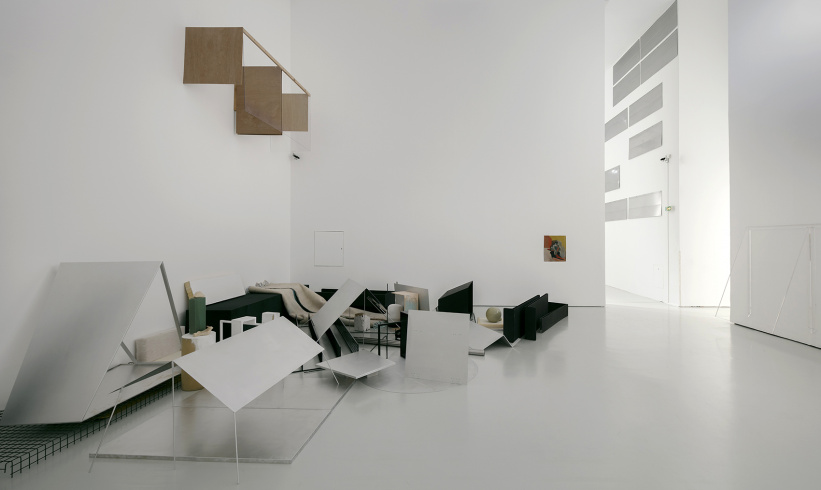 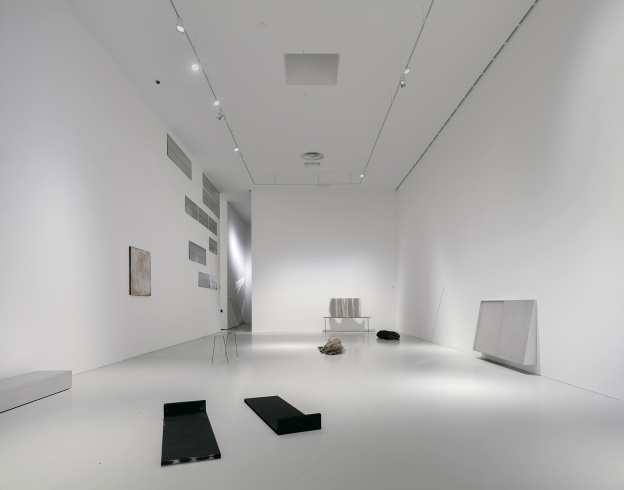 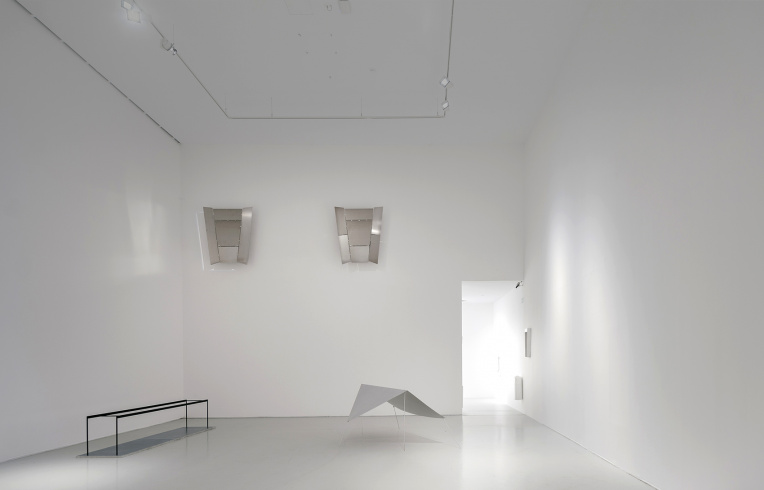 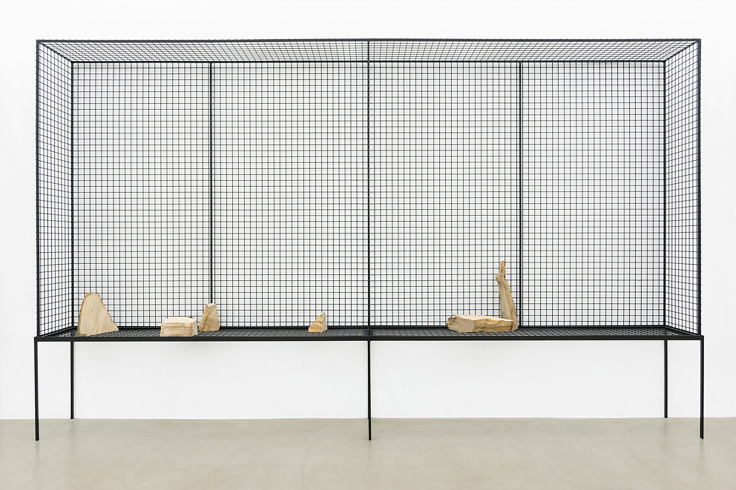 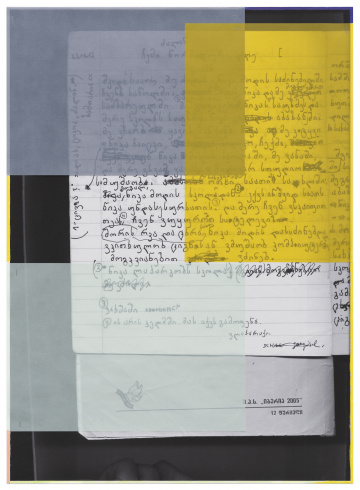 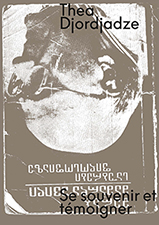 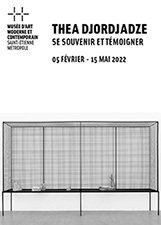